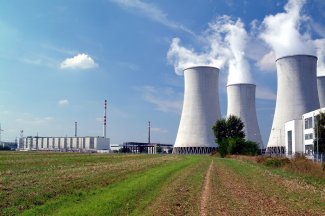 Prior to the shutting down of V1 NPP Unit 1, a document called the “Operation Termination Concept” was to be developed. This document defined all phases of the operation termination period and specified which systems and equipment shall remain in operation during the entire period of decommissioning, which shall remain functional and which can be gradually disconnected and dismantled as to specific deadlines.

Shutting down of both units of the V1 NPP represented commencement of the operation termination period, which can be defined as timespan starting with the shutdown of Unit 1, continuing with the Unit 2 shutdown and ending with issuance of license for the 1st stage of decommissioning granted by the Nuclear Regulatory Authority (NRA SR) (after meeting the technological and legislative requirements).

During the operation termination period, all spent nuclear fuel was removed from both units and subsequently the reactor and the primary circuit related thereto was filled with clean demineralized water. The remaining operational radioactive waste was processed and other preparatory decommissioning tasks were performed.

The period of operation termination process, defined, inter alia, also by physical principles to be applied during the management of spent nuclear fuel, was simultaneously efficiently used for development and approval of the licensing documentation required for the 1st stage of decommissioning.

The operation termination period ended with removal of fuel from the spent fuel storage pools and its transport to the Interim spent fuel storage facility and with the issuing of resolution No. 400/2011 of the NRA SR of the 19th of July 2011. With this resolution, which came into force on the 20th of July 2011, the NRA SR effectively approved the first stage of the decommissioning of units 1 and 2 of the V1 NPP.

This V1 NPP decommissioning license is historically the first to be issued, for this type of nuclear facility, in Slovakia. For the power plant itself this is the beginning of the final stage of its existence.