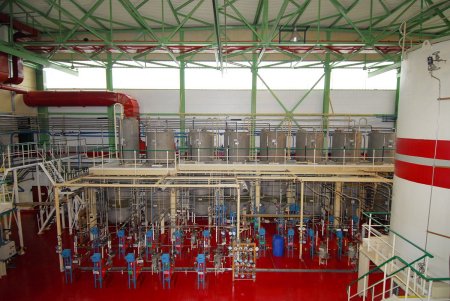 Dismantling of Systems in Controlled Area


Project Dismantling of Systems in V1 NPP Controlled Area – Part 2, which is financed from European Union budget will be implemented for the first time in history through the Slovak institution.

On 26th August, 2019 the first supply contract ever was signed for the implementation of the V1 NPP decommissioning project financed from the budget of European Union by means of Slovak institution namely Slovak Innovation and Energy Agency (SIEA) which was established as an alternative to the international channel implemented by European Bank for Reconstruction and Development.

Signature of this contract is a result of a long-term effort of taking over the responsibility for the process and objectives on national level, reflection of enhancing confidence of EU in Slovak institutions as well as in ability of the JAVYS, a. s. Company to manage and implement the process of the V1 NPP decommissioning individually, without any trans-national supervision.

Part of the V1 NPP decommissioning processes, specifically dismantling of systems in the controlled area, will be performed by means of the above-mentioned contract through which the Project D4.4C – Dismantling of Systems in V1 NPP Controlled Area – Part 2, D4.4C.01 Subproject is being implemented, signed between the JAVYS, a. s. Company and METROSTAV, a. s., the winning company of the public procurement process in the amount of 19.5 mil. €. In this part, the project is being fully financed from the EU budget while the Slovak Republic by means of the JAVYS, a. s. Company undertook to co-finance app. 3.5 mil. € in order to cover the corresponding works and processes.

The project shall be implemented during approximately 5 years and a half and during these days the preparatory, licencing and project works start to be implemented.