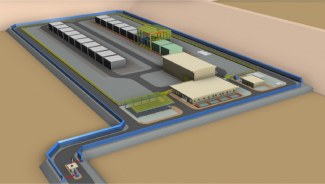 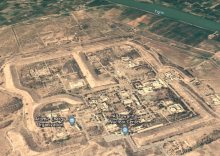 
Company JAVYS, a.s. succeeds again in the global market. An ambitious project of technical design for a radioactive waste repository in Iraq, implemented in a Consortium with German companies, is now completed.

The European Commission, as a part of its support for Iraq, funded a project to develop a technical design for a radioactive waste (RAW) repository and accompanying safety documentation.

The tender for this project was won by a Consortium consisting of company JAVYS, a.s. and German companies NUKEM Technologies Engineering Services GmbH (Consortium leader) and BGE Technology GmbH, which have extensive and many years of experience in this field.

The €1.7 million project at Al-Tuwaitha, located approximately 14 km south of the centre of Baghdad, was implemented by a Consortium between 2015 and 2019. The project beneficiary was the Ministry of Science and Technology in Iraq, which operates the nuclear facilities. Relevant administration connected with this project has been completed in recent weeks.

The aim of the project was to develop a design, safety report for the repository, Limits & Conditions of safe operation and other documentation related to the repository.

Company JAVYS, a. s. was responsible for the analysis of relevant documents on the Iraqi part and for their comparison with international standards. JAVYS, a.s. proposed to cover the missing provisions in Iraqi legislation using the relevant standards and recommendations (e.g. of the European Union or the International Atomic Energy Agency). Company JAVYS, a.s. was also responsible for the preparation of additional documentation in the field of ​​future operation, Limits & Conditions, radiation protection, inspections, maintenance and repository management.

The project in Iraq has faced a number of challenges from its beginning. The site used to be bombed and plundered, a number of nuclear facilities structures and units were destroyed and dilapidated, and documentation related to equipment/systems and waste was incomplete. There was a high risk of orphan sources occurrence and high uncertainties regarding the soil contamination (degree, depth of contamination, contaminants).

Moreover, it was necessary to deal with significant uncertainties associated with inventory of RAW intended for disposal. One of the biggest challenges was a clear requirement of the beneficiary to build a repository directly on site, which is located in the immediate vicinity of the Tigris River (approximately 1 km).

For this reason, as well as due to the lack of information on the geological subsoil, the Consortium proposed a unique technical solution in the form of an additional barrier in the lower part of the repository. In addition to these issues, the project was affected by a number of personnel changes.

Despite all of these challenges the Consortium successfully managed its task and handed over the prepared documentation to the Iraqi partner. Company JAVYS, a.s. significantly contributed with its vast experience and knowledge of its experts in the field of RAW management.

The project of repository for radioactive waste from decommissioning was designed for the war-torn site of Al-Tuwaitha. There has been a large-scale nuclear programme in Iraq in the past. However, the 1991 bombing during the Gulf War, followed by looting, resulted in serious damage to nuclear facilities. It affected a total of 10 sites, but especially the Al-Tuwaitha site, the largest in Iraq with an area of ​​about 1.5 km2, which was in operation since 1967. At that time, France, Italy and the former USSR participated in its construction. It included 18 nuclear facilities (e.g. research reactors, radiochemical laboratory, isotope production facility, fuel fabrication facilities, RAW management technologies and others).