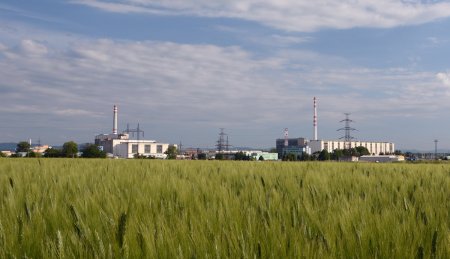 
In 2018, in company JAVYS, a. s., no accident at work of an employee of company JAVYS, a.s. was recorded, there was no fire and no work-related disease. Inspectors from the Nuclear Regulatory Authority of the Slovak Republic performed 52 inspections in the company´s workplaces.

Issues of Occupational Health & Safety belong to top priorities of the company and therefore the elimination of occupational injuries to their lowest level possible is its main objective. This is achieved in company JAVYS, a.s. by continuous finding of dangers and threats during the execution of work activities, by monitoring of identified facts and by adopting of safety measures.

Prevention of accidents and occupational diseases at hazardous workplaces was ensured by frequent inspections performed by relevant responsible employees and by provision of appropriate personal protective equipment in accordance with established operational procedures and risk assessments.

In 2018 four accidents at work were recorded. These were the accidents on side of the Contractors. Accidents of their employees are subject to investigation, recording or registration of accident at work of the relevant Contractor in charge.

In company JAVYS, a.s. during 2018, two insignificant operational failures were registered. Under the Atomic Act, these were not subject to notification to the regulatory authorities. Based on the international nuclear event scale (INES), these failures were classified at the level with no safety significance (outside the INES scale).