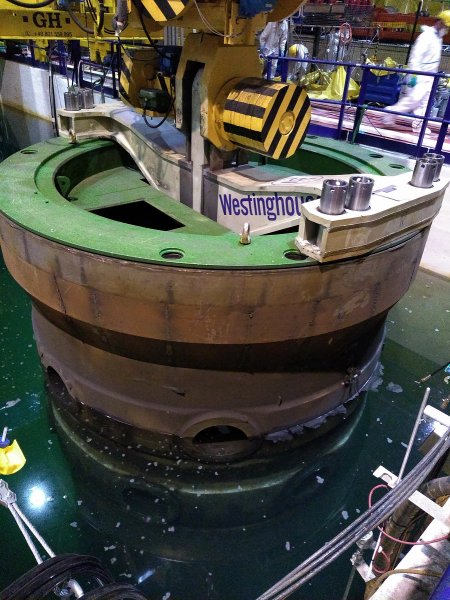 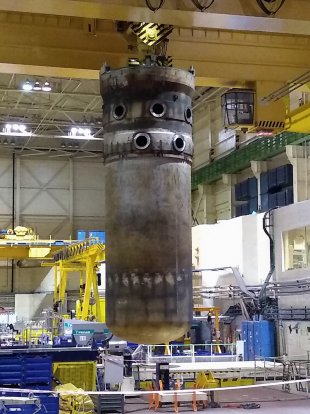 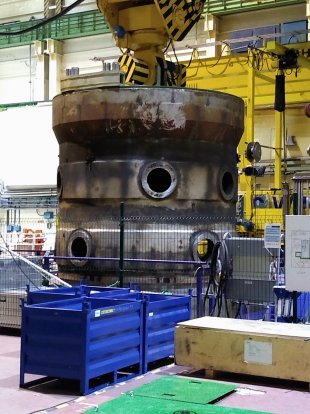 
During the weekend company JAVYS, a.s., for the second time, successfully completed one of the most complex operations of the V1 NPP decommissioning project, when it transported the second reactor pressure vessel weighing more than 200 tons!

Transport of the reactor pressure vessel is one of the most complex activities of the project “Dismantling of Reactor Coolant System Large Components” (BIDSF project D4.2). It started on Saturday, 24th of April 2021, at 08:45 a.m. and finished at 12:20 p.m. Transport of the first reactor pressure vessel was performed by company JAVYS, a.s. almost a year ago, on the 30th of May 2020. Transport of the reactor pressure vessel was an extremely challenging and demanding project, and represents a significant milestone in the process of V1 NPP decommissioning in Jaslovské Bohunice. This operation was preceded by months of preparation, technical negotiations and meetings, designing and manufacturing of handling equipment as well as approval process of the documentation required by the regulatory authorities”, said Pavol Štuller, MBA, Chairman of the Board of Directors and CEO of company JAVYS, a.s.

Implementation of one of the crucial V1 NPP decommissioning projects - BIDSF project D4.2 “Dismantling of Reactor Coolant System Large Components” commenced at the end of 2017 in cooperation with a consortium of companies Westinghouse Spain, Westinghouse Sweden and VUJE. “One of the main tasks of this project is the dismantling and fragmentation of reactor pressure vessels and reactor internals, it means the most activated parts of the power plant, the radioactivity of which represents 99.999% of the total power plant radioactivity”, mentioned the Head of V1 Decommissioning and PMU Division, Mr. Marián Vrtoch.

In 2018 and 2019, company JAVYS, a. s., underwent a demanding process of preparation and approval of project documentation, obtaining permits for the construction of workplaces for fragmentation of activated equipment and approval of documentation important from the standpoint of nuclear and radiation safety. Having completed the construction of pools for the fragmentation of reactor pressure vessels and reactor internals and their successful final inspection, the implementation of transports of these activated parts to the newly-constructed pools of fragmentation workplaces began.